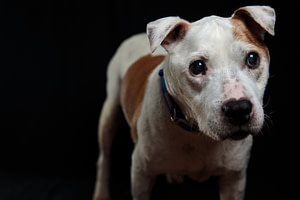 Pit bulls, who were previously bred for fighting and other purposes, have often been misunderstood as aggressive and dangerous pets.

“Today’s pit bull is a descendant of the original English bull-baiting dog—a dog that was bred to bite and hold bulls, bears and other large animals around the face and head. When baiting large animals was outlawed in the 1800s, people turned instead to fighting their dogs against each other,” American Society for the Prevention of Cruelty to Animals (ASPCA).

Here we look at 25 myths about pit bulls.

1. Pit bulls have a bad temperamentWhile many assume pit bulls are bad tempered, they’re among the most tolerant dogs, scoring better on temperament tests than the general dog population, according to studies by the American Temperament Test Society.

The temperament tests entailed putting a dog through “a series of unexpected situations, some involving strangers” and “pit bulls had a passing rate of 82 percent or better—compared to only 77 percent of the general dog population,” the American Pit Bull Foundation (APBF) explains.

2. …are inherently viciousThe Canine Humane Network notes: “Pit bulls are not inherently aggressive. On the contrary, according to the American Temperament Test, pit bulls and mixed breeds consistently score above the average for all breeds tested, year after year.”

The ASPCA notes: “While a dog’s genetics may predispose it to perform certain behaviors, tremendous behavioral variation exists among individuals of the same breed or breed type.”

3. …and not affectionateAdding to the myth that pit bulls are vicious, many assume they’re not affectionate animals. However, “pit bulls are fun, affectionate dogs with a long, impressive history. They’re intelligent, active, funny, and all-around adorable,” describes Rover, the “world’s largest network of 5-star pet sitters and dog walkers.”

While there are some similarities, each breed has its own unique characteristics.

“The American Pit Bull Terrier (APBT) is the tallest and most athletic of the four pitbull-type breeds. The American Staffordshire Terrier is slightly shorter and stockier than the APBT,” Pitbullinfo.org, a website published by a non-profit research group, explains.

“The Staffordshire Bull Terrier is easily the smallest of the four. The American Bully (not to be confused with the American Bulldog) is the most unique of the group as it’s the most stout and closely resembles the classic Bulldog breed,” the website adds.

5. …are more dangerous than other dogsMultiple peer-reviewed studies have concluded “pitbull-type dogs are not ‘more dangerous’ than other breeds of similar sizes and strengths,” according to Pitbullinfo.org.

A peer-reviewed study published in the Journal of Veterinary Behavior observing canine aggression in different breeds showed “there was no significant difference in aggression between legislated breeds (such as pitbull-type dogs) and the non-legislated control group (Golden Retrievers),” Pitbullinfo.org explains.

A peer-reviewed study published by the Journal of the American Veterinary Association concluded that “media reports on bite-related incidents are prone to significant breed identification error rates of over 40 percent and that valid breed determination was possible in only 17 percent of all incidents,” Pitbullinfo.org notes.

Bronwen Dickey, author of Pit Bull: The Battle Over an American Icon, told National Geographic back in 2016: “It’s true that the original breed, the American pit bull terrier, which originated in 1889, was developed for fighting. But the three other breeds that are lumped into this category have always been dog show conformation breeds.”

8. All pit bulls were once fighting dogsSome assume pit bulls who turn up at shelters with scars or injuries were fighting dogs. However, it’s far more likely the pit bull was hit by a car, harmed in an accident or even abused by its former owners, The Cut reported in a 2017 interview with Dickey.

9. Pit bulls never bred for fighting are always safeThe APBF notes: “Pit bulls can live peacefully with other dogs and animals. However, the pit bull has historically been bred to take down large animals.”

The ASPCA adds: “Some pit bulls were selected and bred for their fighting ability. That means that they may be more likely than other breeds to fight with dogs. It doesn’t mean that they can’t be around other dogs or that they’re unpredictably aggressive.”

10. Pit bull puppies will never become aggressiveThe APBF explains, as is the case with any dog, “a pit bull that was dog friendly at 7 months of age may suddenly show signs of intolerance of unfamiliar dogs around two years old given that is around the time of the last inset of maturity.”

11. Pit bull puppies are easier to trainOwning a pit bull as a puppy has its advantages but it doesn’t guarantee it can be easily trained to be calm or some other way.

The APBF notes: “Bringing a puppy up in the most loving and social environment can only alter its predetermined genetic urges so much.”

But an adult pit bull will have a more established personality and therefore the owner can know what to expect, whereas “with a new puppy there is no way of knowing how that dog will act as an adult,” the APBF adds.

12. Pit bulls are aggressive to humansWhile pit bulls could potentially be unfriendly to other dogs exists, that risk doesn’t translate to humans.

The APBF notes: “Aggression towards humans is very abnormal for pit bull type dogs. They are not naturally or inherently aggressive towards humans.”

The ASPCA adds that “even those pit bulls bred to fight other animals were not prone to aggressiveness toward people.”

13. …and towards all other animalsThe APBF notes explains: “Unlike the case for humans–animal aggression and human aggression are not related to one another in the canine brain.”

14. Pit bulls make bad family petsPit bulls may not seem like the ideal family-friendly dog at first glance. However, they “have long been popular family pets, noted for their gentleness, affection and loyalty,” notes the ASPCA.

Just before the American Civil War, the American Pit Bull Terrier soon became a household fixture, responsible for herding cattle and sheep as well as guarding livestock and families against thieves and wild animals, according to the Love-A-Bull charity.

“These factors, along with lack of breed education, have led to an influx of pit-bull-like dogs in shelters,” it adds.

16. Pit bulls aren’t good with kidsSome people believe pit bulls are unsafe for children but some breeds are great with kids, including the American Pit Bull Terrier. “Their loyal and loving demeanor with humans, especially children, earned them a prominent place not only as a working dog but as a companion,” the Love-A-Bull charity notes.

Pennsylvania’s Humane Society of Harrisburg Area, explains: “The bully breeds traditionally have been known for their kindness to children.”

17. It’s unsafe to get a pit bull from a rescueSome think pit bulls that come from a rescue or shelter are too risky to take on due to the lack of information available on their genetics and background.

While this information is important to know before obtaining a pit bull, the APBF notes “most pit bull rescues will not accept or adopt out pit bulls with any level of aggression or excessive shyness towards humans.

“Most adoptions of pit bull type dogs are amazing successes,” it adds.

18. Pit bulls’ brains are wired to ‘go crazy’ Several assume this to be true about game-bred dogs in general. But the concept of a pit bull’s brain swelling somehow causing it “to ‘go crazy’ is not based in truth in any way,” the APBF notes.

19. …and never stop growingThe APBF explains: “Their [pit bulls] brains grow at the same rate as any other dog, and the only time that a Pit Bull’s brain is going to swell is if it receives a serious injury. If an animal’s brain were to grow too big for its head, the animal would die.”

20. Pit bulls have the strongest biteDr. Lehr Brisbin of the University of Georgia states on the APBF website: “To the best of our knowledge, there are no published scientific studies that would allow any meaningful comparison to be made of the biting power of various breeds of dogs.

21. American Pit Bull Terriers have greatest jaw pressureSome believe American pit bull terriers have a jaw pressure as high as around 1,600 P.S.I. But as mentioned above, dog bite statistics are hard to establish in a meaningful way due to the lack of studies available.

The American Veterinary Medical Association states: “It is not possible to calculate a bite rate for a breed…[because] mixed breeds are commonly described as purebreds… [and] the actual number of bites that occur in a community is not known…if they did not result in serious injury.”

22. Pit bulls can lock their jawsPitbullinfo.org explains: “There is no such thing as a ‘locking jaw’—no dogs (of any breed or type) have physical characteristics in their jaw that would cause or allow them to ‘lock’ their jaws. Furthermore, pitbull-type dogs do not have the strongest bite.”

Brisbin adds: “The few studies which have been conducted of the structure of the skulls, mandibles and teeth of pit bulls show that, in proportion to their size, their jaw structure and thus its inferred functional morphology, is no different than that of any breed of dog.”

23. Dog bite incidents are mostly pit bull-relatedAccording to a peer-reviewed study done by the U.S. Centers for Disease Control and Prevention, which analyzed dog bite-related incidents over 20 years, most dog bite-related fatalities (72 percent) were attributed to non-pitbull type breeds.

24. Pit bulls are only good for single-pet homesWhile there may be some challenges to overcome, pit bulls can be raised in multi-dog households.

“Individual personalities play a large part in successfully managing an environment with more than one dog (of any breed), but spaying/neutering, obedience training, an appropriate level of exercise and a firm hand will go a long way to successfully integrate multiple dogs into your life,” the Humane Society of Harrisburg Area advises.

Humane Society of Harrisburg Area notes while some pit bulls have “fallen into the hands of owners who use them to support their illegal activities,” it adds “many different, reputable people are ‘owned’ by pit bulls—including teachers, doctors, business executives, celebrities, and even former presidents.”

A Staffordshire Bull Terrier pictured at the Battersea Dogs and Cats Home in London, England of the U.K. on December 20, 2017.
Getty Images