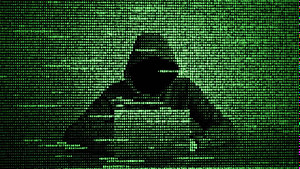 An Antifa group out of Israel recently hacked the website of the Patriotic Brigade Knights chapter of the KKK.
The group also doxxed chapter members and revealed that the chapter’s head is a convicted sex offender.
The Antifa group has promised to hack additional KKK and neo-nazi websites as part of an effort to “strike a death blow to fascism.”
An anti-fascist group from Israel recently hacked a website belonging to the Patriotic Brigade Knights chapter of the Ku Klux Klan, according to a report from The Jerusalem Post. As these website hackings tend to go, the KKK website was stripped of its usual content — which naturally consisted of a plethora of hate speech and Nazi propaganda — and replaced with a message from the Antifa group known as Hayalim Almonim, which translates to Anonymous Soldiers.

The message left on the website said “Shabbat Shalom! Goodnight White Pride.” What’s more, the hackers also doxxed members of the Texas KKK chapter and listed their personal information on a separate website. Incidentally, the head of the KKK chapter was found to be Kevin James Smith, a registered sex offender convicted of sexually assaulting a teenager in 1995.

In an interview with the Post, a member of the Antifa group explained the motive behind the hack:

Our objective is to strike terror into the hearts of the enemies of humanity.

Neo-Nazi and other white supremacist groups believe that Jews have an all-seeing eye. Our desire is to make their fantasies a reality, and exploit their conspiracy theories as a form of psychological warfare. We want them to know, wherever they are in the world that will find them and expose them. We will destroy their lives. And we will bathe in their tears, and mock at the gnashing of their teeth. There is nowhere that is beyond our reach.

According the SPLC, they have grown to at least four cells in different states since 2016, and have been nationally coordinating activities. Help us expose the people on this list to their employers and the world. This white nationalist neo nazi network has hits in FOUR different states on the SPLC Hate Map.

A Terrebonne Parish investigation into the group suggests that they had been active in 17 states.

In a separate interview with the BBC, members of the Antifa group said that they plan to hack additional KKK websites in the future.

“There is a lot more coming,” a hacker from Hayalim Almonim told the BBC. “We aren’t going to stop until we finish the Klan and strike a death blow to fascism in the United States. Facilitation of fascistic terrorist activity will no longer be tolerated.”

A life long Mac user and Apple enthusiast, Yoni Heisler has been writing about Apple and the tech industry at large for over 6 years. His writing has appeared in Edible Apple, Network World, MacLife, Macworld UK, and most recently, TUAW. When not writing about and analyzing the latest happenings with Apple, Yoni enjoys catching Improv shows in Chicago, playing soccer, and cultivating new TV show addictions, the most recent examples being The Walking Dead and Broad City.