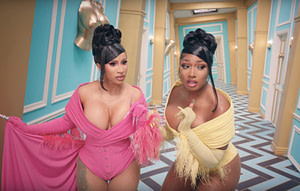 Everyoneâ€™s Invited, an online community encouraging people to come forward about sexual assault and abuse, had over 13,000 testimonies upon this article being written. 5,000 more than when Sarah Vine of the Daily Mail commented on the spotlight the community had shone on the rape culture within society. 13,000 recordings of violence and the impact it has on the lives of so many.

One anonymous testimony states, â€œI have been sexually assaulted four times, and sexually harassed more times than I can countâ€, and they are not alone. The movement was started due to founder Soma Saraâ€™s encounters with rape cultureâ€™s impact on her own life.

UN Women UK discovered that 97% of women aged 18-24 have experienced sexual harassment, with 96% not reporting said events due to the dismissal that the 1% often face. In light of this, it is justifiable to presume that a large majority of the 13,000 are women. So, that calls the question, who is to blame for the assault on these young women?

Aside from the attack on the sex industry, the article attacks women within the music scene for their so-called “pop-porn” career. Specifically, Cardi B and Megan Thee Stallion.

But why these women in particular? Two women of colour, who perform in a particularly male-dominated area of music and have openly positive views of sex work and female sexuality. Itâ€™s because they are subversive. They go against the grain and in a racist, sexist world; they thrive despite all of the limitations the world places on them.

‘WAP’ was a huge hit and will remain a pivotal moment in music history and discussion, because it highlighted the faÃ§ade that society had shrouded so many in. It clearly showed the sexism that is prevalent for even the most accomplished artists and how someoneâ€™s gender can restrict them from speaking about sex.

So why someone, especially a woman, would want to remove other women from the conversation about sex is beyond me. Â

It would not lead to the eradication of sexual assault and harassment. Because sexual harassment has been around for many more years than the term has existed. And that is not to say it once did not exist, just that society had not named it, had not isolated the issue in order to attempt to eradicate it from the psyche.

But now we have the term, we need to face the reality of the issue. It is not the fault of those in the sex industry, of the women trying to reclaim their sexual autonomy, or of those whose plight goes uncommented on due to them not conforming to the gender binary. But it is, at its root, a societal problem, and the fault of the perpetrator.

It doesnâ€™t matter what someone was wearing, what music they like or how late at night they were walking home, if sexual violence occurred, the wrongdoing lies at the feet of the perpetrator and NOT the victim.

Join us on the ad-free creative social networkÂ Vero, as we get under the skin of global cultural happenings. FollowÂ Clash MagazineÂ as we skip merrily between clubs, concerts, interviews and photo shoots. Get backstage sneak peeks, exclusive content and access to Clash Live events and a true view into our world as the fun and games unfold.