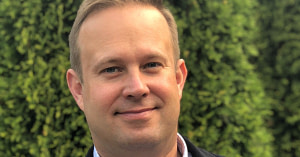 It can be difficult keeping track of the various comings and goings in the games industry, which is why we compile them in semi-regular round-ups.

Francis will join from Amazon Web Services, where he’s been engineering leader for the past year. Prior to that, he held senior engineering and tech positions at the likes of real estate startup Flyhomes and e-commerce company Zulily.

Gibeault has been working in games for over 15 years, including ten at Ubisoft working on the Far Cry, Splinter Cell, and Just Dance franchises. She left the company in 2014 for Red Barrels, before rejoining in 2018 as content pipeline director.

Bygrave started at Activision in 2011 and held several account management roles within the company. In her new position at Gfinity, Bygrave will be responsible for the esports company’s relationships with publishers such as Microsoft, Activision Blizzard and EA Sports, as well as establishing new connections with developers.

Gfinity CEO John Clarke commented: “The needs of publishers and developers have evolved, with a greater emphasis on grass roots engagement and mobilisation. This is where Gfinity is a clear market leader and presents significant opportunity.Catherine has a strong track record in establishing new partner relationships and in identifying and driving commercial growth.”

Other recent appointments around the industry include:

If you have jobs news to share or a new hire you want to shout about, please contact us on [email protected]