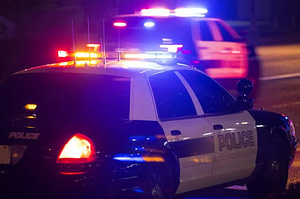 The state of Iowa will pay $225,000 to a man who was injured when a state trooper knocked him over and put his knee on his neck during a 2017 traffic stop, according to documents released Monday.

Bryce Yakish, the recipient of the settlement, filed a lawsuit against Iowa and former State Patrol trooper Robert Smith in 2019 after dashcam footage was released by the Cedar County sheriff. The lawsuit alleged that Smith assaulted and falsely arrested Yakish, and that Smith had lied about what happened during the traffic stop.

Smith, who left the force in 2018 after a 30-year career, has been accused of further misconduct after the release of the video. After his retirement from the State Patrol, Smith worked briefly as an officer in Durant, Iowa, before resigning when the video became public. He was accused of using excessive force against a woman during an arrest in Durant.

Cedar County Sheriff Warren Wethington announced in 2019 that he would not book any suspects arrested by Smith because he could not vouch for the officer’s credibility. Cases brought by Smith were dismissed by prosecutors, who said he was no longer a credible witness.

Bryce Yakish filed a lawsuit against Iowa and former State Patrol trooper Robert Smith in 2019 after dashcam footage was released by the Cedar County sheriff.
Getty Images
For more reporting from the Associated Press, see below:

Wethington said Monday that federal agents contacted him during an investigation of Smith, and that the inquiry appears to remain open. Federal court documents show a grand jury has been investigating allegations of civil rights violations against an unidentified trooper.

One of Yakish’s attorneys, Martin Diaz, said the state produced Smith’s personnel file during the litigation but declined comment on its contents, saying they are subject to a confidentiality order.

Diaz praised the state for settling the case.

“I think the behavior of the trooper in this case was so over the top that we just didn’t get the pushback we normally would,” he said. “The state recognized it had a problem and I think the resolution is a good one.”

The video shows Smith pulling Yakish over for speeding on his motorcycle on Sept. 25, 2017, at a gas station off of Interstate 80 near West Liberty. What appears to be a routine stop escalates immediately when Smith runs from his car with his gun drawn and pointed at Yakish, who was 20 at the time.

Smith uses his left hand to strike the face shield of Yakish’s helmet, knocking him backward onto his motorcycle. Yakish and the vehicle fall to the ground. Smith briefly puts his knee on Yakish’s neck while handcuffing him, the lawsuit alleged. Yakish is repeatedly heard complaining of neck pain.

Smith falsely accused Yakish of trying to flee and charged him with eluding law enforcement, even though Yakish stopped immediately after Smith activated his patrol car’s lights and siren. That charge was dropped after a prosecutor reviewed the video and concluded it was baseless.

Yakish lost his license because of the arrest, his motorcycle was impounded and he spent the night in jail. The lawsuit said a chiropractor later treated him for neck pain.

The Iowa attorney general’s office represented Smith because he was on duty at the time, and the State Appeal Board last month approved using general tax funds for the $225,000 payout.

Solicitor General Jeff Thompson said at that meeting that it was in the state’s “best interest to resolve the claim,” noting that the state faced “some difficulty on the liability side” and could be required to pay Yakish’s attorneys fees if it lost at trial.