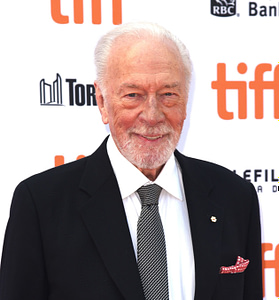 Plummer starred in the Sound of Music alongside Julie Andrews in 1965 and went on to earn an Oscar, the oldest actor to win an Academy Award, for his role in 2010′s Beginners.

Plummer starred in a number of box offices hits following the Sound of Music including The Man Who Would Be King.

In 2010, he received his first Oscar nomination, for the Tolstoy biopic The Last Station leading to a late resurgence in Plummer’s career. He would go on to star in The Girl with the Dragon Tattoo and Knives Out.

He subsequently broke another age-related Oscar record as the oldest actor to be nominated, when he secured his third Oscar nod in 2018, aged 88, for All the Money in the World.

Plummer’s death was confirmed by his manager this evening.

Julie Andrews has led tributes to her The Sound Of Music co-star who died at home on Friday in Connecticut.

Andrews (85) labelled him a “consummate actor” and a “cherished friend”.

In a statement to the PA news agency, she added: “I treasure the memories of our work together and all the humour and fun we shared through the years.

“My heart and condolences go out to his lovely wife Elaine and his daughter Amanda.”

“Christopher Plummer beguiled audiences across generations in memorable roles from Captain von Trapp in The Sound of Music to Harlan Thrombey in Knives Out,” a statement said.

“He worked steadily for 60+ years, winning a Best Supporting Actor Oscar in 2012 for Beginners. He will be missed.”

Ridley Scott, who worked with Plummer in All The Money In The World, has paid tribute to the late actor.

In a joint statement with his wife Gianna, the director said: “What a guy. What a talent. What a life.

“And I was fortunate enough to work with him less than two years ago and had a wonderful experience.

“My heartfelt condolences go to Elaine.

“He will be really missed.”

Actor Eddie Marsan said he was “so sad” to hear about Plummer’s death.

In a tweet, he added: “I was lucky enough to work with him on the exception and it was like watching a master class.

“He had nothing to prove anymore so he was completely free, kind, funny mischievous & beautiful to watch. RIP.”

Lord Of The Rings actor Elijah Wood tweeted: “So sad to hear that Christopher Plummer has passed. What a legend.”

No news is bad news
Support The Journal

In a tweet, he added: “Rest in eternal music, Captain Von Trapp.”

Netflix described Plummer as “a master of the craft whose films will live on forever”.

“Christopher Plummer brought warmth, humanity, and complexity to every performance throughout his extensive career,” a tweet from the streaming giant added.

Plummer continued to star in major films well into later life and in 2019 featured in Knives Out alongside James Bond actor Daniel Craig.

However Plummer, who also starred on Broadway and in Royal Shakespeare Company productions, is perhaps best known for playing Captain Georg von Trapp in 1965 film The Sound Of Music.

In 2017, it was announced the Canadian actor would replace Kevin Spacey in All The Money In The World after allegations of sexual misconduct emerged against Spacey.

The following year he was nominated for another Oscar for his role, after being enlisted at the 11th hour, as frugal billionaire J Paul Getty in Sir Ridley’s film.