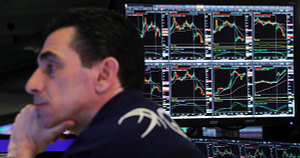 The strategy of short selling gained mainstream attention in the last two weeks as investors rushed to buy GameStop shares, setting off an epic short squeeze. But while a troubled company like GameStop or AMC Theatres may seem like the most obvious target for shorting, there’s an even more enticing target: exchange-traded funds.

Following the ETF leadersThe SPDR S&P Biotech ETF is an industry-specific index fund with holdings among bio-technology companies. Despite a one-year return of more than 83%, the SPDR Biotech ETF had a short interest of 102% on Feb. 1, among the highest of all securities being traded on all exchanges. (An ETF can have short interest higher than 100% when the number of shorted shares is much higher than the number of shares that have been issued. It is usually an indication of hedge fund leverage.) Short interest in the ETF fell to 98% today. By comparison, short interest in shares of GameStop on Jan. 27 was 88.6%.

“Some people are really putting their money where their mouth is, in expressing their prediction,” said Lisa Kramer, a University of Toronto finance professor.

ETFs: Less risky by designAn ETF is a specific type of index fund which tracks a number of underlying investments in a particular industry or market segment. ETFs allow retail and institutional investors to hold bits of several investments at once instead of concentration on one particular company or one kind of asset like gold, allowing investors to diversify and reduce their financial risk. ETFs have preset rules; they trade throughout the day on public exchanges; they’re often managed by large financial companies like Fidelity, BlackRock, and Vanguard; and they’re popular due to their low costs, higher flexibility, and tax benefits compared to mutual funds. The ETF industry grew to more than $5 trillion during the pandemic, fueled by $400 billion in new investments, low interest rates from the Federal Reserve, and investor optimism about an economic recovery later this year.

Experts say purchasing shorts of index ETFs like these is a way for traders to reduce risk in an investment portfolio.”They are giving somebody an easy way to hedge away or diversify away industry-specific risk,” said Nikolai Roussanov, a finance professor at the University of Pennsylvania’s Wharton School of Management.

Greater than the sum of what’s issuedShort interest in an ETF can rise higher than 100% because an issued ETF share can be loaned and borrowed more than once. Every time this process happens, it increases what’s known as “open long and short exposures,” but it does not increase the number of shares outstanding. Shorting is often done by hedge funds looking to hedge an existing bet that another holding in their portfolio will rise in value.

Roussanov said it shouldn’t be a surprise there’s more shorting of ETFs on average the compared to individual stocks because of the creation and redemption process behind them.

Large financial institutions, known as authorized participants (APs), can request the creation of new ETF shares and also redeem ETF shares for the underlying securities. When the value of an ETF is higher or lower than the underlying securities, an AP can intervene by making transactions that bring the price of the ETF back towards its fair value. This processes can trigger changes in the number of short positions and outstanding shares pretty quickly and in both directions on a daily basis.

“The size of the fund goes up and down because it adjusts kind of relatively easily to the buying and selling pressure the way the number of shares outstanding for an individual company would not be able to do,” Roussanov said.

GameStop’s impactOne ETF in particular saw wild gyrations in the last two weeks. Short interest in the SPDR S&P Retail ETF soared above 600% on Jan. 27, largely because it held GameStop among its holdings.

The Retail ETF is equal-weighted by design, which meant each of its 95 holdings usually doesn’t exceed more than 1.6% of its total assets under management. That changed when the price of GameStop skyrocketed to more than $460 on Jan. 28,  swelling the company’s weighting in the fund to 20%. The Retail ETF’s holdings were suddenly highly in demand due to GameStop’s momentum, according to Bloomberg Intelligence. This led to a spike in trading and an outflow of more than $506 million on Jan. 28, after APs redeemed shares of the ETF. This redemption helped increased the number of GameStop shares in circulation but also drained most of the ETF’s assets.

Not for beginnersExperts say the “extreme level of nimbleness and discipline” required to manage short selling means this high level of short interest in these ETFs is primarily from hedge funds and private equity funds, not from new retail investors who have recently poured into apps like Robinhood. Since short-selling is primarily a momentum and short-term trading strategy, it’s different than conventional investing, which is more about holding securities for a longer term period.