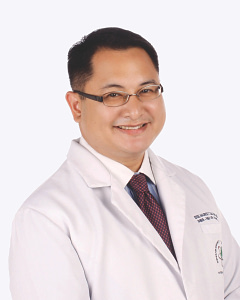 What caused the surge, and how can we cope?

Dr. Edsel Maurice T. SalvanaDaily COVID-19 case counts breached 10,000, and many asked how it came to this. The Philippines was doing quite well after Christmas despite the increased mobility of people. Reproduction number was at or below 1, and cases were manageable. Mega isolation facilities in NCR closed due to lack of patients, and hospitals had just one or two COVID-19 patients left in their isolation wards.

Despite the reported entry of the UK variant followed by the South African variant, numbers remained stable in early to mid-February. The closing of borders to countries reporting these variants in January, along with strict facility-based quarantine for 14 days, was slowing incoming cases. The interventions put in place to slow down the entry of the variants since December seemed to be working. A developing surge in Cebu was controlled with barangay lockdowns.

Faced with the brutal economic toll of the continued community quarantine restrictions, the economic cluster of the IATF pushed for further loosening of restrictions. They proposed MGCQ for the entire Philippines. The Department of Health expressed concern on loosening restrictions too quickly, and the Technical Advisory Group warned that with the variants entering and the impending rollout of the vaccines, we could ill afford a surge. The proposed nationwide MGCQ was not approved by the President, and the opening of cinemas in Metro Manila was vetoed by the NCR mayors. Church capacity was increased to 50 percent, however, and other industries including leisure activities were further liberalized.

Two weeks later, toward the end of February, a steady rise of cases in the National Capital Region set off alarm bells. Metro Manila mayors imposed curfews in their cities, and more and more barangays locked down due to clusters of cases. The Philippine Genome Center reported more cases of the UK variant and the South African variant in returning travelers and in a few cases in the community. A new variant formally dubbed P.3 discovered in Central Visayas continued to circulate, but at low rates. In the meantime, the Brazil variant P.1 was detected in one Filipino who returned from overseas, but no community transmission of P.1 was detected.

The variants of concern (VOCs) display increased transmissibility and/or potentially decrease vaccine efficacy.  The current VOCs are the Brazil variant P.1, the UK variant B.1.1.7, and the South African variant B.1.351. P.3 is not yet a VOC, as there is insufficient evidence that it is more transmissible, or that vaccines might be less effective against it. P.3 numbers in Cebu seem to be stable and its spread to other parts of the country seems to be slowing down.

With VOCs making up less than 10 percent of the circulating genomes, the current surge is still mainly due to the previously circulating lineages in the Philippines. The first three cases in January 2020 were lineage A and B, with no evidence of subsequent community spread. The first surge from community transmission in March 2020 was from a later lineage known as B.6, which did not have any mutations of concern. In June 2020, the European variants B.1 and B.1.1 with the D614G mutation entered the country. The D614G mutation has been shown to increase transmissibility of SARS-CoV-2 by at least threefold. B.1 and B.1.1 started to appear in a significant proportion of transmissions, fueling the second surge in July and August 2020 and triggering a second lockdown.

The most recent genomic sequences show that more than 90 percent of the current circulating viruses are either B.1, B.1.1, or other downstream lineages.  These downstream lineages are designated B.1.x or B.1.1.x.  Any virus lineage that starts with B.1 has the D614G mutation.

This means that even without the VOCs, the majority of circulating viruses are already three to nine times more contagious than the original lineages without D614G, like B.6 that fueled the first surge. This most recent surge with nearly double the peaks from last year support this observation. It also means that as bad as it is now, if the VOCs take over, a 50 to 70 percent increase in transmission is expected. With hospitals near or at capacity, further increases in transmission will overwhelm the healthcare system. When the healthcare system is overwhelmed, excess mortality results. When there are no hospital beds, lifesaving treatment cannot be given.

Best doctors and healthcare workers in the world

How good are Filipino doctors and healthcare workers during this COVID-19 pandemic? World class. Better than world class.

Unfortunately, with the latest surge the hospitals are choking with cases. People are dying in the emergency rooms. With a healthcare capacity of about 10 percent that of a first-world country, full hospitals will mean many deaths. Filipino healthcare workers can save patients with severe COVID-19 when proper facilities, medication, and equipment are available. The risk of dying for a severe COVID-19 case with proper care is about five percent. If a severe COVID-19 case is not admitted to hospital, the risk of death is near 100 percent.

With this bleak scenario in mind, the current ECQ has two objectives. The first is to relieve the burden on the healthcare system and the second is to prevent further seeding of the VOCs. It takes about two weeks for interventions to manifest. The barangay-level lockdowns and curfews instituted by the NCR mayors are just beginning to show results. Given the sharp rise in cases, a more drastic move was needed to prevent the hospitals from becoming overrun. Even if cases were to go down by half, if there are no beds the new severe cases would have nowhere to go.

As for preventing further seeding of the VOCs, nearly every city in the NCR now has VOCs. If these were to become the dominant viral lineages, a further increase in transmissibility will threaten the viability of the healthcare system.

The usual preventive measures still work. Mask, face shield, and physical distancing work on all the variants. Avoidance of unnecessary travel helps. Meals should be enjoyed together only within the same household. If exposure occurs, immediate quarantine should be the rule. If symptomatic, masks should be worn even at home. The LGU should be informed for purposes of testing and assistance with isolation.

Healthcare workers are here to provide competent care, but prevention is always better than the best cure. Consistent adherence to minimum health standards will ensure the continued integrity of the healthcare infrastructure and will enable the safe resumption of economic activity. A rapid vaccination program especially in the areas of the surge will save lives. Israel continued vaccinating through their most recent surge. Once they completed giving two doses to over half of those above 60 years old, the number of new cases and deaths rapidly dropped. This should be the most immediate goal of the government, and this is why vaccination continues even during the ECQ.

Once enough people are vaccinated, this pandemic will end.