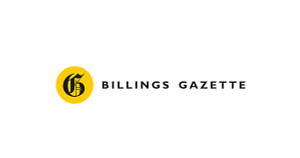 ANKARA, Turkey (AP) — Top European Union officials said they used a meeting with Turkish President Recep Tayyip Erdogan to insist that any moves on the bloc’s part to enhance EU-Turkey relations would be conditional on Turkey improving its record on human rights and the rule of law.

European Commission President Ursula von der Leyen and European Council President Charles Michel said they also made clear that a “stable and secure environment” for EU members Cyprus and Greece is another prerequisite for closer ties with Turkey.

The two EU officials met with Erdogan in Ankara weeks after the Turkish leader took conciliatory steps toward the EU and European leaders agreed to increase trade and improve cooperation with Turkey on migration. EU leaders agreed to offer Turkey new incentives despite ongoing concerns about the country’s backslide on democratic and human rights, and its energy ambitions in the Mediterranean Sea.

Turkey is formally a candidate for EU membership, but its bid to join the 27-nation bloc is at a standstill. Erdogan’s efforts at reconciliation followed a flare-up of tensions last year over Turkey’s decision to stop deterring migrants from crossing its border into Greece, as well as over the dispatching of Turkish research ships into waters claimed by Greece and Cyprus.

“The EU strategic interest remains a stable and secure environment in the eastern Mediterranean and a mutually beneficial and positive relationship with Turkey,” Michel said after Tuesday’s meeting.

He and von der Leyen said they urged a continuation of Turkey’s de-escalation efforts.

“The sustainability of what we’ve seen over the last weeks has to be proven,” von der Leyen said. ”In that context, it is for us important that there is a true attitude towards respecting human rights, respecting the rule of law and moving in that direction.”

Last month, Erdogan pulled Turkey out of a key European convention aimed at combatting violence against women, triggering criticism from EU officials. The move was a blow to Turkey’s women’s rights movement, which says domestic violence and murders of women are on the rise.

In other moves raising human rights concerns, a Turkish prosecutor recently moved to disband Turkey’s main pro-Kurdish opposition party, and a prominent party legislator and human rights activist was stripped of his parliamentary seat and later imprisoned over a social media posting.

Von der Leyen called for Erdogan to reverse his decision to withdraw from the Istanbul Convention.

A top aide to Erdogan said the Turkish president reiterated Turkey’s demands for an update of a 2016 migration agreement, the renewal of Turkey’s customs union with the EU and the liberalizing of visa rules for Turkish travelers.

”(Erdogan) emphasized that the refugee problem should be handled with a sense of shared responsibility and (he) recalled the need for an urgent renewal of the migration agreement to guard against instability and a human crisis by a new refugee wave in the region,” Erdogan’s chief adviser, Ibrahim Kalin, said in a statement.

Kalin also said Erdogan told the top EU officials that “violence against women is a global problem and that the fight against any type of violence will continue with determination.”

Last month, the leaders of the EU’s 27 nations tasked the bloc’s executive commission with trying to build on the 2016 agreement that calls for Turkey to prevent refugees and migrants from trying to reach Europe. Under the agreement, the EU offered Ankara 6 billion euros ($7.1 billion) to help Syrian refugees, and other incentives.

The EU-Turkey deal massively reduced the number of asylum-seekers arriving on the Greek islands, which lie close to Turkey’s western coast.

The EU leaders also asked the European Commission to explore ways to continue to help finance the estimated 4 million Syrian refugees in Turkey, as well as those in Jordan and Lebanon.

Von der Leyen told reporters the EU would continue to help Turkey support Syrian refugees, but she said Turkey must stand by its commitments and prevent departures of people hoping to enter Greece without authorization.

“This is, for us, a crucial commitment and it would be a major show of goodwill,” von der Leyen said.

The leaders of EU nations are scheduled to assess progress on EU-Turkey ties again when they meet in June.