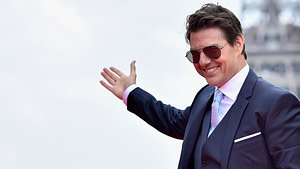 Circling the Earth 16 times a day 250 miles up, space stations are among humanity’s most impressive achievements. The International Space Station (ISS) is a partnership between NASA and Russia’s Roscosmos, with contributions on the American side from Canada, Japan, Europe and other countries. Its future is far from clear, however, and dependent on decisions that will be made this year.

Around 75 percent of ISS’s costs are borne by the U.S. at an annual cost of $3 billion to 4 billion. Russia launched ISS’s first components in 1998, and by 2010, ISS became fully operational. The plan was for ISS to last 15 to 20 years, by which time it would be replaced. Such was not to be.

The ISS cost over $150 billion, five times the combined budgets of NASA and Roscosmos, so replacing it would be an enormous undertaking, probably choking funding for Earth observation, human visits to the Moon or Mars or deep space exploration. The Trump administration’s “Artemis” response was to transfer Earth-orbiting space stations from government to the private sector and focus government spending instead on a lunar-orbiting space station and a human Moon landing. With several countries already agreeing to invest in America’s lunar space station, it’s difficult to see how these countries would also invest in a $100 billion replacement ISS. So, unless the Artemis program is delayed, the financial burden of a new ISS would fall on the U.S.

Extending ISS’s life has been made easier by its component design, which facilitates removing worn parts, such as solar panels. Accordingly, NASA, Roscosmos and the international partners agreed to keep it operating until 2028 (8 to 10 years longer than its lifetime) and perhaps until 2030.

The ISS is already 20, and — at this age — we should be prepared for surprises: When a slow air leak was discovered, an astronaut initially plugged it with his finger, then patched it with tape. It’s not the only time they’ve kept air in the station with tape, and it’s unlikely this will be the last breakdown before 2030, to say nothing of the risk of debris collisions. If there is to be a comparable replacement for the ISS by 2030, then initial work should start by 2021. If work on a replacement does not begin by 2021, then the chances that a comparable station will be in service by 2028/30 shrink. But there’s more.

The ISS is about to get an enormous publicity boost: This year parts of two major movies are planned to be filmed there. Universal Studios and NASA announced that a $200 million Tom Cruise thriller would be partly filmed inside the ISS, and Russia’s Channel One and Roscosmos announced that they would film one too. Millions may soon be awed by glamorized scenes aboard the ISS.

Although Roscosmos has agreed to continue the ISS through 2028/30, it indicated that if the U.S. were to shut down America’s ISS segments, then Russia would separate Russia’s segments and use them as a stand-alone or partnered Russian space station. No one in Russia has forgotten that the first space stations were Russian or that the Mir Space Station operated for 14 years before the ISS. The possibility of a Russian-partnered space station remains.

Strong opposition from U.S. defense interests have prevented space cooperation between the U.S. and China, leading to a 2011 law effectively prohibiting it. Not surprisingly, China has pursued a space program without involvement in the ISS. This includes satellites, lunar and planetary missions and, beginning in 2011, China’s own space stations, Tiangong 1 and 2. In 2021, China will start construction of Tiangong 3, a multi-module station that begins to look like the ISS. It should be operational in 2022, include European and other astronauts, and remain operational well after the ISS.

Assuming the U.S. does not build an ISS replacement, then America’s main strategy will remain replacing the ISS with private space stations. Several American companies have already begun work, although most use the ISS as a foundation.

The leading American business building its own station is privately-owned Axiom Space, which subcontracts launches to companies like Space X and module construction to Thales Alenia Corp. “Axiom Station” will be a 3-module space station, initially connected to the ISS before separating in the late 2020’s. Axiom’s plan is to use one module for operations, another for experiments/manufacturing and the third as a luxury resort. Last year, NASA awarded Axiom $140 million to help it build its first module. Axiom will host Universal Studios and Tom Cruise this year and send 3 space tourists, who paid $55 million each, for a week aboard the ISS in 2022.

Other companies are further behind, including Sierra Nevada Corp., Nano Racks and Bigelow.

Among the most important recent developments in U.S. space policy was the formation of the U.S. Space Force (USSF). One of its primary objectives is to protect American space assets, and it’s difficult to imagine that USSF leadership would not consider a military space station. While NASA has long cooperated with the military and while America’s military is among the largest owners of satellites, a manned U.S. military space station has not been proposed since the 1960s.

Last year, the Defense Innovation Unit awarded a contract to Sierra Nevada to construct an unmanned Orbital Outpost that could host a military crew. The company would use its planned cargo vehicle as a platform from which it would build a military outpost. The cargo vehicle’s initial flight to the ISS, attached to Sierra Nevada’s spaceplane, is scheduled for 2021. This will obviously lay the groundwork for the vehicle’s conversion to a military space station.

So, this year construction will begin on a new Chinese space station and on an American business space station; the Pentagon will begin pursuit of its first space station, and — perhaps — we’ll know more about any future Russian space station. More importantly, the Biden administration will have decided whether there will be a replacement for the ISS, particularly since — given the long lead times — no decision in 2021 is a decision.

Roger Cochetti provides consulting and advisory services in Washington, D.C.  He was a senior executive with Communications Satellite Corporation (COMSAT) from 1981 through 1994. He also directed internet public policy for IBM from 1994 through 2000 and later served as Senior Vice-President & Chief Policy Officer for VeriSign and Group Policy Director for CompTIA. He served on the State Department’s Advisory Committee on International Communications and Information Policy during the Bush and Obama administrations, has testified on internet policy issues numerous times and served on advisory committees to the FTC and various UN agencies. He is the author of the Mobile Satellite Communications Handbook.