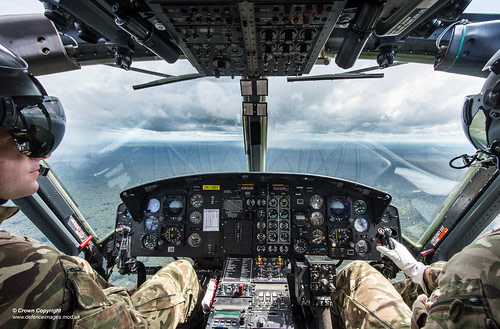 Winners in the 2017 Army Photographic Competition 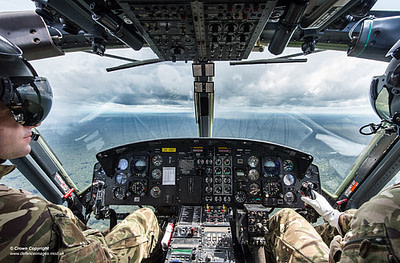 Image by Defence Images
Pictured is the interior of a 7 Flight Army Air Corps Helicopter.

7 Flight Army Air Corps is an independent flight of the British Army’s Army Air Corps, based at the British garrison in Seria, Brunei. It replaced C Flight, 660 Squadron AAC, following the handover of Hong Kong in 1997. From 1970 until 1994, the unit was based in Berlin at RAF Gatow as part of the Berlin Infantry Brigade where it operated Sioux AH1 and latterly Aérospatiale Gazelle helicopters.

Image was a winner in the 2017 Army Photographic Competition.

This image is available for high resolution download at www.defenceimagery.mod.uk subject to the terms and conditions of the Open Government License at www.nationalarchives.gov.uk/doc/open-government-licence/. Search for image number 45162919.jpg

Image by mrrobertwade (wadey)
It was caused by hot tar being used to repair the roof following a bizarre accident involving an ‘exploding’ boiler from a nearby factory days before.

In that incident, the eight ton boiler, used for pumping water at Darwen Paper company’s Dimmocks Mill. exploded and flew 200 feet in the air before crashing through the roof of India Mill and ending on the sixth floor where it smashed a spinning mule.

Workmen repairing the hole in the roof caused by the boiler had just knocked off for the day when the blaze started.

Mill workers tackled the blaze before the fire brigade arrived.

Scroll back to top