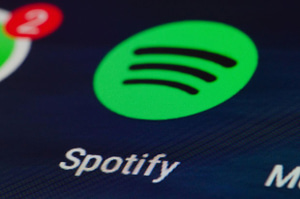 LOS ANGELES: Spotify has announced that it has reached an agreement with Kakao Entertainment (previously KakaoM), making their content available on the platform across the globe, including for the first time in South Korea.

The two companies had been in a bitter dispute that saw Kakao Entertainment – whose parent company Kakao Corp owns the market-leading Melon streaming service in Korea – removing the rights to hundreds of songs by its artistes from Spotify after the licensing deal between the two companies expired and they failed to agree on new terms.

A source tells Variety that the uproar on social media from fans of the label’s artistes, which include IU and APink – as well as reactions from some artistes themselves – led Kakao to return to the negotiating table, with terms not dramatically different from those originally offered. Variety was not immediately able to reach Spotify and Kakao reps for further comment on that information.

“We are pleased that Kakao Entertainment’s content and artists are back on Spotify, allowing our 345M+ global listeners across 170 countries to once again enjoy the music they love,” a Spotify spokesperson said. “Spotify’s mission has always been to connect artists to their fans all over the world and to give listeners access to all of the world’s music. We are delighted that our Korean listeners will now also be able to enjoy this local music alongside our 70 million+ songs and 4 billion+ playlists. We remain committed to making a positive impact on Korea’s music streaming ecosystem through our partnerships with artists, labels, and local rights holders.”

A Kakao statement reads: “Kakao Entertainment Corp (previously Kakao M) has entered into an agreement with Spotify and will sequentially provide its music content to Spotify for service in and beyond Korea. Through its diverse partnerships around the world including Spotify, Kakao Entertainment hopes that music lovers around the world can easily access its artists’ and music content to enjoy K-pop. Kakao Entertainment remains committed to the Korean music ecosystem and its growth and will continue protecting the rights of artists, labels and local rights holders going forward.”

The differences broke into the open on March 1, when Spotify confirmed that its platform would no longer have access to music from artistes represented by Kakao Entertainment.

“Spotify can confirm that starting March 1, 2021, Kakao M’s catalogue will no longer be available to our listeners worldwide due to the expiration of our license. We have been working with Kakao M over the last year and a half to renew the global licensing agreement,” said Spotify in a statement forwarded to Variety. “It is our hope that this disruption will be temporary and we can resolve the situation soon.”

The Yonhap news agency reports Kakao M as saying that the deal suspension was related to Spotify’s policy under which it seeks worldwide content deals spanning local and international services.

Despite the importance of K-pop worldwide, Spotify was a latecomer to the Korean music streaming market. Although Spotify identifies South Korea as the sixth largest music market in the world, in February the company described South Korea as only the 93rd market in which its service would become available.

Its late entry into a market which has long been an Internet pioneer – Korea’s mobile broadband is widespread and among the world’s fastest – meant Spotify was launching behind deeply-entrenched incumbents. These include Kakao Corp’s Melon, with an estimated 8.81 million subscribers. Other established players include telecom operator KT Corp’s Genie Music, with 4.47 million, and SK Telecom’s Flo, with 2.86 million.

While Spotify has some catching up to do inside South Korea, it argues that it scale and operations have played a part in expanding the success of Korean music on an international stage. The service has 155 million subscribers, 345 million average monthly users, to whom it currently offers more than 70 million tracks. Its users have created 4.5 billion playlists. – Variety/Reuters