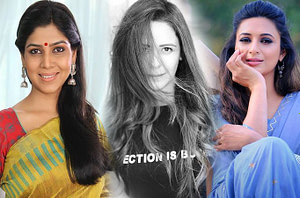 MUMBAI: Majority of the Indian households depend on Hindi TV soaps for their regular entertainment’s dosage. That’s how the show’s stars turn into our favourite telly stars and they get to enjoy massive popularity, even over a few Bollywood actors.

Most of the highest TRP grossing shows are a huge hit not only in India, but also in overseas markets of Turkey, Egypt, the African countries or of the Central Asian countries.

These Hindi TV serials in general, extend over a longer time period to keep the audience engaged in it’s storyline while the makers keep on adding more twists to these stories with their primary characters’ death, their memory loss or undergoing plastic surgeries after an accident, etc.

To establish these transformations in the show’s storyline, even the characters have to mould themselves accordingly (mostly getup-wise).

Also Read: Virendra Saxena roped in for Balaji Telefilms’ next on Zee TV

These are the telly actresses whose characters underwent massive transformation to fit into their on-screen characters:

Sriti’s character as ‘Pragya’ in this show underwent a transformation with her post-death reincarnated avatar.

In this show, Mona Singh played the role of the lead protagonist ‘Jassi’, who was a famous television character for portraying a typical nerd’s role. Her iconic nerdy look with thick glasses, oiled fringes and her famous pink umbrella is still remembered. However, after the character’s sudden death, Jassi re-appeared in her all-new diva-like reincarnation that was a major surprise from it’s makers’ end to the shows audience.

In both these shows, Divyanka underwent drastic transformation from a typical sanskari bahu to her modern incarnation. In the former show, her initial character died, which was not the case for the latter as the show took a temporal leap and Divyanka’s character of ‘Dr. Ishita Bhalla’ had temporarily shifted from India to Australia. Even after reconciling with her in-laws, years later, Divyanka had to slip in the shoes of a temporary Haryanvi character named ‘Shanno’ for the show’s special track.

In this show, Avika’s character underwent temporal transitions throughout. She was introduced as a child artiste herein who got married at an early age. Hence, her transformation from a spinster to a married girl was the main plot of the show’s length.

Hina’s character ‘Akshara’ underwent temporal changes throughout her character’s length and for the show’s special track, she even transformed herself into a man.

Deepika’s character as ‘Sandhya Rathi’ herein portrayed the role of an aspiring IPS officer who was forced to get married under limited circumstances. For a change, Deepika had to convert herself from a typical Rajasthani bahu to a  Bengali girl for the show’s special undercover sequence.