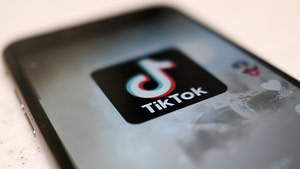 The popular social media app TikTok will be the focus of a new feature documentary from “Coded Bias” director Shalini Kantayya.

The film is the latest offering from the team behind Hulu’s upcoming “WeWork: Or the Making and Breaking of a $47 Billion Unicorn,” which is set to premiere at this year’s SXSW. It’s being produced by Campfire, Forbes Entertainment and Olive Hill Media and will be based on Forbes’ reporting. The filmmakers say they will examine how a “nascent social media app, best known for viral dances, has served as the catalyst for heated controversy and endless conspiracy theorizing involving the U.S., China and a new tech-rooted Cold War that will shape the future of a global shared internet.”

“TikTok’s story is about the future of social media itself, and the increasing tension between democratic youth culture and authoritarian data surveillance,” Kantayya said in a statement. “I’m thrilled to helm such a timely film.”

Kantayya’s “Coded Bias” followed an MIT science student Joy Buolamwini as she worked to demonstrate gender and racial bias in facial recognition programs used by law enforcement. It was nominated for the Sundance Film Festival Grand Jury Prize as well as an NAACP Image Award and a Critics’ Choice Award for outstanding documentary.

TikTok is one of the fastest-growing companies in the world, with the app having been downloaded more than 2.6 billion times. However, the platform has also become increasingly controversial. The new film will will talk to tech gurus, entrepreneurs and politicians, as well as some of the performers who have become stars on the platform as it tries to explain its popularity and the political backlash it has inspired. It will also look at the platform’s “shapeshifting, immediate gratification-based algorithm,” as well as owner ByteDance’s direct ties to the Chinese Communist Party. That relationship prompted an attempted ban on TikTok by former President Donald Trump. President Biden has also expressed concerns about the addictive social media platform.

“There’s never been a social media app that’s become so popular and so controversial, so fast,” said Dinerstein. “Googling ‘TikTok’ brings up stories on everything from threats from the White House to class-action lawsuits, viral trends and social movements started on the app. For better or worse, TikTok’s at the epicenter of American culture, and we’re ecstatic to be reuniting with our partners at Forbes and Olive Hill to shed light on this wild, sensational story.”

“In two years, TikTok has dominated the social landscape, minting millionaires, creating pop stars, empowering the poor and more,” said Travis Collins, executive director of Forbes Entertainment. “But this is more than just a social story, this is a compelling business story. With Forbes’ insight and access, we’re able to add crucial context to one of the greatest and most controversial growth stories of all time, in a way that only Forbes can.”

“Now, more than ever, it is essential to support creators like Kantayya who continue to push the envelope on powerful content that evokes progressive conversations,” said Olive Hill’s Tim Lee. “We are thrilled to once again be partnering with our friends at Campfire and Forbes to shed light on such an important moment in tech development and social media’s influence on culture.”

CAA Media Finance and WME represent the film jointly. Dinerstein and Campfire are represented by WME; Kantayya is represented by Lowell Shapiro and Mike Dill of Black Box Management.

Founded in 2014 and part of Wheelhouse Entertainment, Campfire’s projects include docuseries “Heaven’s Gate: The Cult of Cults” for HBO Max; “Choir” for Disney Plus; and Netflix’s true-crime documentary series “John Grisham’s The Innocent Man.”

Forbes Entertainment is an offshoot of Forbes Media, the venerable business publication. “WeWork: Or the Making and Breaking of a $47 Billion Unicorn” was Forbes’ first feature.

Olive Hill Media is led by co-founders Michael Cho and Tim Lee and specializes in genre-bending projects that explore subversive trends and figures in pop-culture.