The Coalition for Revolution has hailed the decision of the Nigeria Labour Congress and Trade Union Congress to embark on nationwide strike against the recent increase in the pump price of petrol and electricity tariff.

CORE in a statement on Wednesday by Baba Aye and Gbenga Komolafe, Co-conveners of the movement, urged trade unions to organise rallies and mass meetings over the next few days to build momentum for the strike. 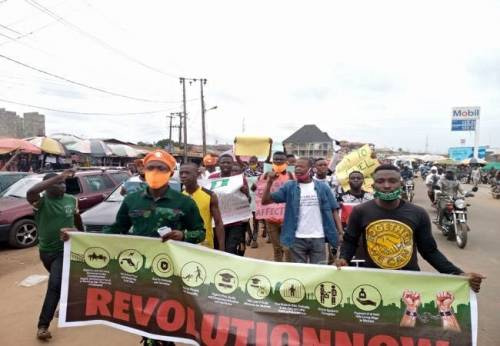 The statement reads, “In unity and organisation lies the strength of working-class people. As the most organised bodies of workers, the role of trade unions in generalising resistance to the exploitation and oppression of the masses cannot be overemphasised. We thus hasten to stress that, much more important than considerations of increased cost of doing business in Nigeria, what is at stake as the NLC decision points out is that, the regime’s polices foster impoverishment of the already impoverished masses.

“In line with the 22 September resolution of the NLC’s National Executive Council to begin a mass mobilisation of the Nigerian people, professional groups, religious organisations, market women, the informal sector and congress civil society allies towards total compliance with its general strike directive, CORE urges the trade unions to organise rallies and mass meetings over the next few days to build momentum for the strike.

“Further, we call on the trade unions to stand firm and not be wooed by partial reversals and sweet tonguing of the government. Rank and file workers have time and again expressed their disappointment at NLC and TUC for acceptance of tokenist reductions when much more could have been won. This time must be different.

“CORE activists are working people and youth at the grassroots. We will be at the barricades with the trade unions, committed to uncompromised fightback. CORE stands for the full reversal of systemic impoverishment of the masses. This puts struggle for total liberation of the masses to effect system change on the order of the day.

“Thus, in line with the action plan of CORE for its #RevolutionNow campaign as adopted at its 18 July plenary session, the coalition is organising a nationwide and global protest on 1 October. After 60 years of flag independence, the struggle for total liberation must be pursued with all vigour.”