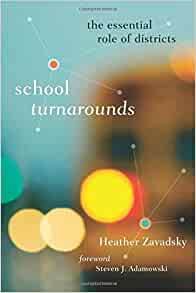 The inspiration for this book was a crucial observation: that if the school turnaround movement is to have widespread and lasting consequences, it will need to incorporate meaningful district involvement in its efforts. The result is a volume that considers school turnaround efforts at the district level, examining the evidence thus far and indicating fruitful directions for district-based initiatives going forward. At the heart of the book are case studies of districts-in Philadelphia, Charlotte-Mecklenburg, Denver, Sacramento, and Long Beach-that have developed systemwide policies and programs for instituting turnaround reforms in their member schools. These cases-and the book as a whole-bring district-based initiatives and options into the larger discussion of the turnaround movement and its potential for improving chronically low-performing schools.