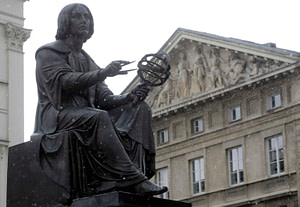 The governing right-wing Law and Justice party has already controversially increased control over Poland’s judiciary and media since it came to power more than five years ago.

Jerzy Duszynski, the head of the Polish Academy of Sciences, wrote in a letter this week to heads of institutes under the academy’s umbrella that he feels the academy is threatened.

Left-wing lawmakers said Wednesday that they will call for a special commission to look into the government’s plans, and vowed to ensure academics and scientists take part in its deliberations.

“We cannot allow the Polish Academy of Sciences to be murdered behind closed doors,” said Left party lawmaker Agnieszka Dziemianowicz-Bak.

Known by its Polish acronym, PAN, the academy is a respected body of scientists and researchers in medicine, biology and other hard sciences, as well as history, sociology and the social sciences. Though it is mostly state-funded, it enjoys a great deal of independence from government influence.

Education and Science Minister Przemysław Czarnek confirmed on Tuesday that the government plans to create a new institute, the National Copernicus Program. Its agenda duplicates much of what PAN currently does.

Czarnek said that it would be launched in 2023 to coincide with the 550th anniversary of the birth of Polish astronomer Nicolaus Copernicus. He said details are still under discussion and would be made public later.

Speaking to the state TV news portal Tuesday, Czarnek denied that there is any intention to liquidate PAN.

However, Duszynski said the large amount of state funds that would go to the new program would inevitably deprive PAN of resources.

Many academics have been suspicious of Czarnek since he took the portfolio late last year, due to his ultra-conservative views on several issues.

Czarnek has said that LGBT people aren’t equal to “normal people,” women were created to produce children and voiced support for corporal punishment.

He has also alleged that a “dictatorship of left-liberal views” dominates higher education, which he has vowed to fight.

After his appointment, many Polish academics — among them members of the Polish Academy of Sciences — signed an open letter denouncing him and vowing to boycott him.